It’s no secret that this upcoming presidential election has got everyone on the edge of their seats, whether they strongly are for a candidate, are so against any candidates, or just don’t know what to think. Even people that like to stay away from politics are forming opinions. It’s been … interesting… right?

One sad thing I’ve seen so far is all of the contention and even malice towards people with different political views. It’s crazy how much people would say or do in the name of these candidates! It makes me sad that friendships can be hurt over this, which makes me fearful that marriages are also being hurt over this.

Because spouses can encounter differing opinions on any topic, I think it’s important to address how to be OK with differing viewpoints, and how to discuss those viewpoints. I believe there are two big things to remember:

It was not in your vows that you had to agree with your spouse on every topic forever, or that you lost the right to think for yourself and be entitled to your own opinions of the world. :) I don’t know any couple who thinks exactly the same on every topic, do you? This is something we can respect each other in.

Respect that you are two separate individuals. Respect that your spouse could offer insight that you weren’t aware of. That’s how we all get to see someone else’s perspective a little better, and that’s how we get to learn more about a topic. So I think it’s great to have those conversations discussing your differing views, but there’s a difference between expressing your opinion and being rude. 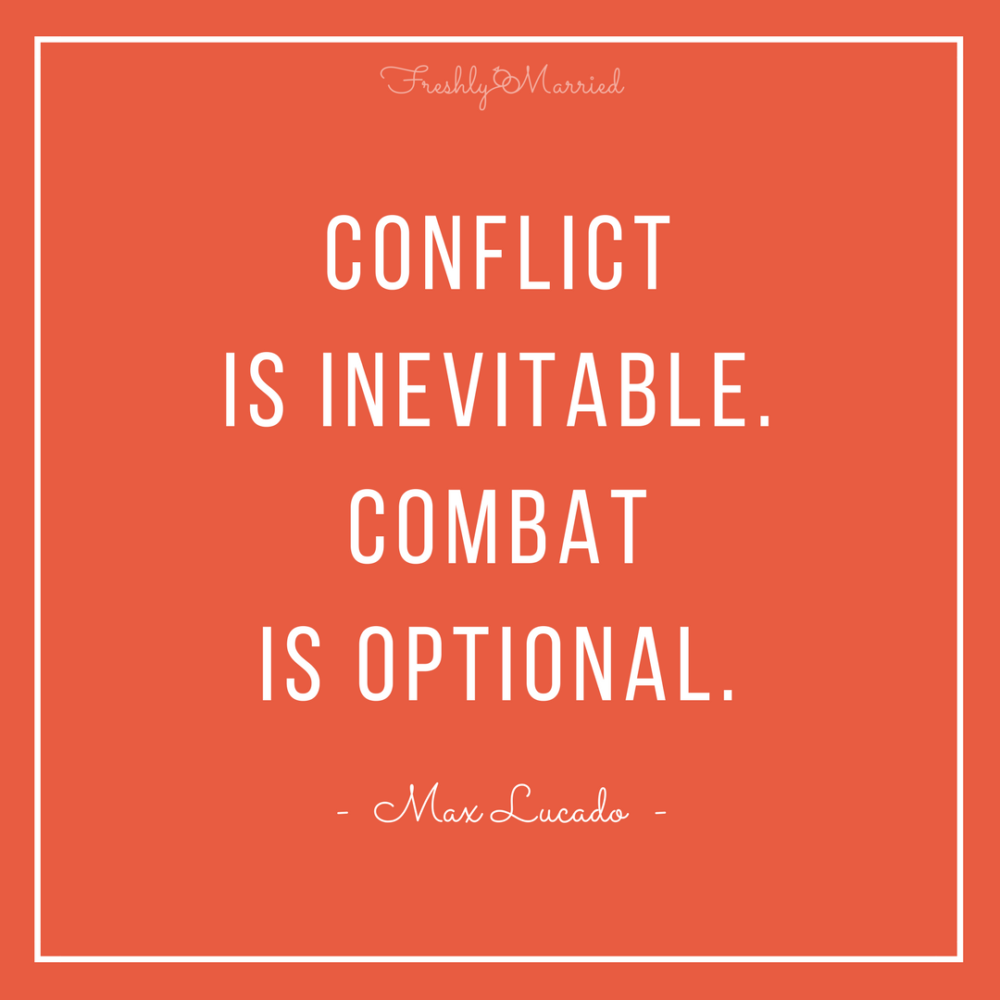 When marriages have fights over different political views, it makes me sad because it’s something that doesn’t have to be fought over. Because we tend to link political views with morals, this can be a tough situation to handle! Sometimes in the heat of discussion, we can forget that despite whatever our viewpoints are, at the end of the day we still love each other. But again, you are bound to encounter different viewpoints on something, so it’s nothing you can’t handle!

This second part is how I believe you CAN handle it.

I saw a thought somewhere that said “10% of conflicts are due to difference in opinion. 90% are due to a wrong tone of voice.” And it’s true when you think about it! People tend to blame having different viewpoints on the reason why they got into a fight. However, I’ve come to realize the past few years with all interpersonal relationships, is that sometimes the issue itself doesn’t drive conflict, it’s the way it’s delivered when it’s talked about. Because the way you phrase things and the tone of your voice can be the difference between a friendly debate or someone feeling personally attacked.

This can also apply to any topic that you have different opinions about. HELLO, PARENTING! Hypothetical, yet common, example:

A husband says he doesn’t want to give his teenagers a curfew. The wife happens to disagree with that because she thinks that having a curfew was helpful for her growing up. This is a point where the opposing views can be discussed in an understandable and effective way. But if the husband was to retort with: “Yeah, and you rebelled from their restriction and did stupid stuff all the time because of it.” The wife could take that personally in many ways! She could feel like he is judging her past, or even judging her parents’ ways of parenting. AND NOW they’ve steered away from the actual issue, too!

For couples who get discouraged that their spouse holds different opinions than you, don’t get so worried. In summary, if couples can carefully consider their delivery (meaning their tone of voice used, wording, etc.), and remember to respect each other for having their own ideas, you can make it work. Maybe you don’t even resolve the issue; maybe you just agree to disagree. But either way, YOU CAN have differing opinions and have your relationship unharmed.