The smoke detectors in our house have slowly been going off over the past few months, needing a replacement battery. And boy was that fun in the beginning :) I remember the first one that starting chirping during the day while it was just me at home, and I couldn’t replace the battery because I wasn’t tall enough to reach it, haha. So I had to wait until Trevor got home because he could reach it. That happened a few times actually because we hadn’t bought a ladder yet; even after the first time it happened, haha!

ANYWAYS. That was just a funny story to prep you for the metaphor I’m about to set up between marriage and home maintenance… 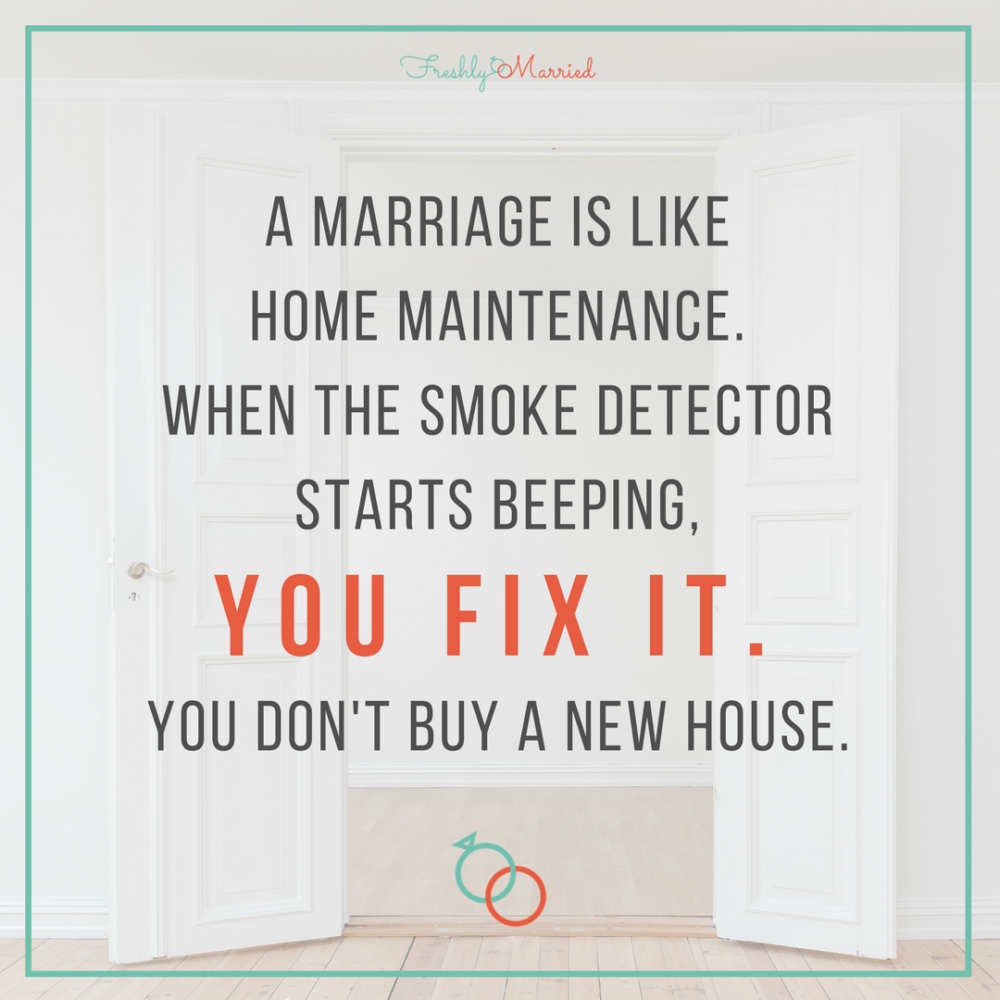 Home maintenance definitely has been a learning curve for us being first time homeowners, because there’s always some new tool or part to buy. However, we’ve never just said, “I don’t want to fix this or that, or buy that part, so let’s just move into a new house that will cost 1000 times more!” It seems absurd to go buy a whole new house just because the one you have has a smoke detector that needs fixing! It’s totally illogical because the same thing will happen in that new house because every house has smoke detectors that need replacing!

TAKE THAT SAME IDEA AND APPLY IT TO MARRIAGE! It’s absurd to me when couples give up and divorce over something so small that was not only fixable but normal and inevitable… Just like how changing a smoke alarm battery is inevitable. When marriage gets rough and even annoying at times, just like the annoying chirping sound I had to listen to for hours, you don’t give up. You get through it.

I get that marriage is hard. I get that it can take you to some dark feelings that you have never felt before because of how much hurt you can feel from so much deep love. I GET IT. But those are all things that every couple will experience every day, too. Don’t give up. Cut through the anxiety of having to deal with the issue, and just fix it. You’ll feel better. The stress can be relieved and the problem can be resolved! AND the annoying chirping sound will go away too! :)