Before I got married, I would hear things about how friendships change when a friend gets married. I heard that the girls nights disappear, and the friends stop calling each other. I heard that single friends think their married friend is too consumed in their husband to care about them, or that there’s no relating to each other anymore. I’ve also heard that the single friend feels like their married friend is always trying to set them, and it’s annoying to them. I can see these feelings being true, and I can see this happening easily because I’ve seen it happen in my own life.

I’ve been thinking about a friend of mine lately, who I don’t talk to anymore. She was one of my best friends in high school, and even after that. I noticed things were feeling different between us as the years went by and we lived in different cities most of the time, making different friends, and having different life experiences. And then I got married and it all just went to downhill from there. I put a lot of effort into trying to keep the friendship alive. I would text, call, and try going out of my way to hang out with her so that she would know I cared and was willing to be there for her. The responses from her (or lack thereof) just made me like I was a nuisance to her, but every month or so I would keep trying. It’s been about five months since I last talked to her because I finally felt like I was the only one who really cared about the amazing friendship we used to have.

What makes me even more sad about this friendship dissolving is that I just read a letter I wrote myself five years ago, and in this letter I spoke so highly of this friend. I wrote to myself: “You promised _______ that you would stay friends. Hold to that friendship because she has been a great friend to you.” As sad as it makes me feel that the friendship seems to be gone, I don’t have regrets because I know I tried hard. Even more importantly, I’m never going to regret marrying Trevor, even though it is seeming like marriage was the reason our friendship fell apart. The good things about this friend that I wrote to myself makes me want to try again with her, but I’ll have to think about that.

There are some reasons I can understand for a friendship changing, and there are others I don’t understand. I understand that being at different life stages can cause a gap in a friendship. It might seem hard to relate to each other still. Priorities change, too. Though I love my friends, my priority is to my husband first, and my decisions effect him. For me, I don’t want to stay overnight somewhere with my friends when I would rather stay the night with my husband. The get-togethers might change a little bit, but that doesn’t mean we can’t be friends anymore.

Of course, I had a few friends that it still worked out with, but one friend in particular has consistently kept a relationship with me… My amazing friend Ally showed me that though we have a different relationship status from each other, we can still be there for each other, and enjoy each other. We know that I wouldn’t go out with her to hit on guys, just like how she wouldn’t come over to game night with my married neighbors, haha. However, we can still talk about our lives, shop, watch chick flicks, eat out, bake, and talk boys, of course ;)

I liked that we had this unsaid understanding that if we hadn’t talked to each other in a month or two, we could catch up with each other effortlessly and it was fine. Our friendship was able to stay afloat, with the understanding that though our lives were going in different directions, we still cared about each other. What is interesting, is that this was actually the same way I kept in touch with my married friends, and it has worked out great for us too. 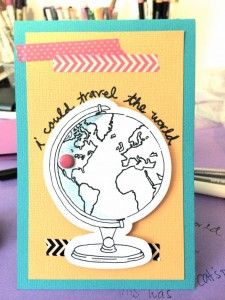 The phone rings both ways

I don’t bring this subject up in a self-righteous way, making an accusation that all single people are bitter towards married people or something like that. There are no prejudices there. There are great pros to being single, and great pros to being married so let’s stop playing this “you think you are better than me” game. As you read above, you’ll notice that I gave friendship examples from both sides. I bring it up because I realized that friendship longevity is not determined by whether a friend was married or not.  I really think it’s all about who matters to you in general; who you want to keep in your life no matter where life takes either of you. This showed me that I’d rather invest my time, love, and happiness into people who feel the same way towards me. I see it as this: if you truly care about a friend, you’ll look past the differences and put forth an effort to keep the friendship going.

While there are friends that I’ll still keep in touch with, even when we move, I’m sad to say that there are some friends I won’t be trying with anymore. Of course, I’ll still always care about them and be open to the idea of rekindling that friendship, but there are other people who deserve my time and attention. The best part is that I know they’ll actually appreciate it.

What happened to your friendships when you got married? Did they stay the same, get better, or did they dissolve? Please share your thoughts on this :)