I was recently reading an old interview with actress Jennifer Garner in Vanity Fair on her marriage to Ben Affleck. As you probably know, they split up after ten years of marriage, sadly. It’s something that I can tell she really wanted to work out, especially already having a previous divorce under her belt. She said some very mature and admirable things about their marriage and their divorce, but her overall statement made my heart break with confusion.

“It’s one of the pains in my life that something I believe in so strongly I’ve completely failed at twice.

My initial thought that I wanted to scream at her and make her feel better with: “You have had 3 beautiful children together and have tons of memories you wouldn’t have otherwise. In ten years you also grew as people despite the challenges and sorrows that come from a struggling marriage. HOW COULD THESE THINGS BE SEEN AS A FAILURE?”

These thoughts got me thinking about how often we find ourselves in the thick of marriage, still together, yet feeling a sense of failure. Maybe divorce hasn’t been discussed at all yet but your relationship has just been ROUGH for a while now. That stuck feeling of not knowing how to move past the rut can feel hopeless. That hopelessness turns into disappointment, and disappointment turns into feeling like you’ve failed.

While each marriage crisis is different and there may not be a one-size-fits-all answer for solving it and moving forward, I know for sure that we can’t dwell on how bad things are. Be self-aware of your own role in the issues your marriage has, and think about how you can improve. However, don’t spend too much time sitting with those negative feelings.  Move forward with positive actions instead. It’s like what Johnny Cash says below: 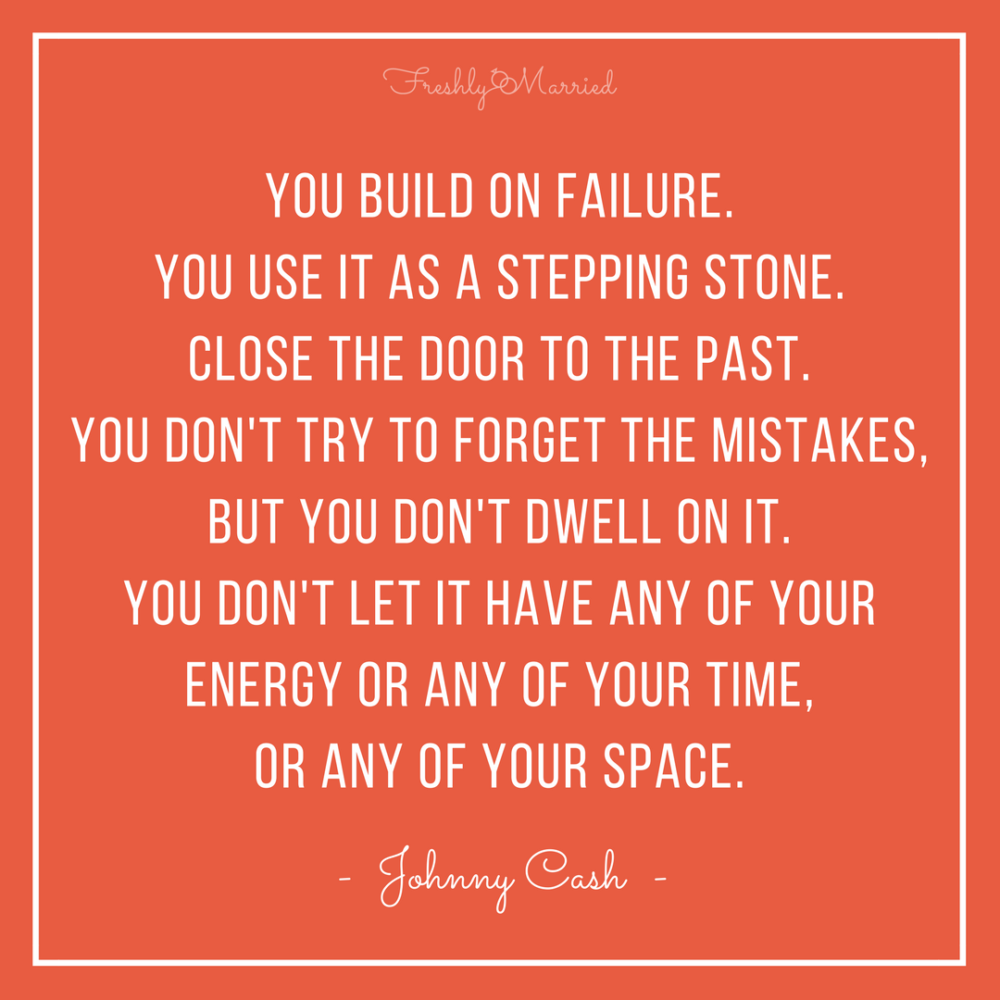 I also really appreciate this Winston Churchill quote on this whole topic of failure, and I’ll give you two reasons why I think it should be a guiding force for ALL marriages, no matter if you feel you’re winning or struggling in the marriage department! 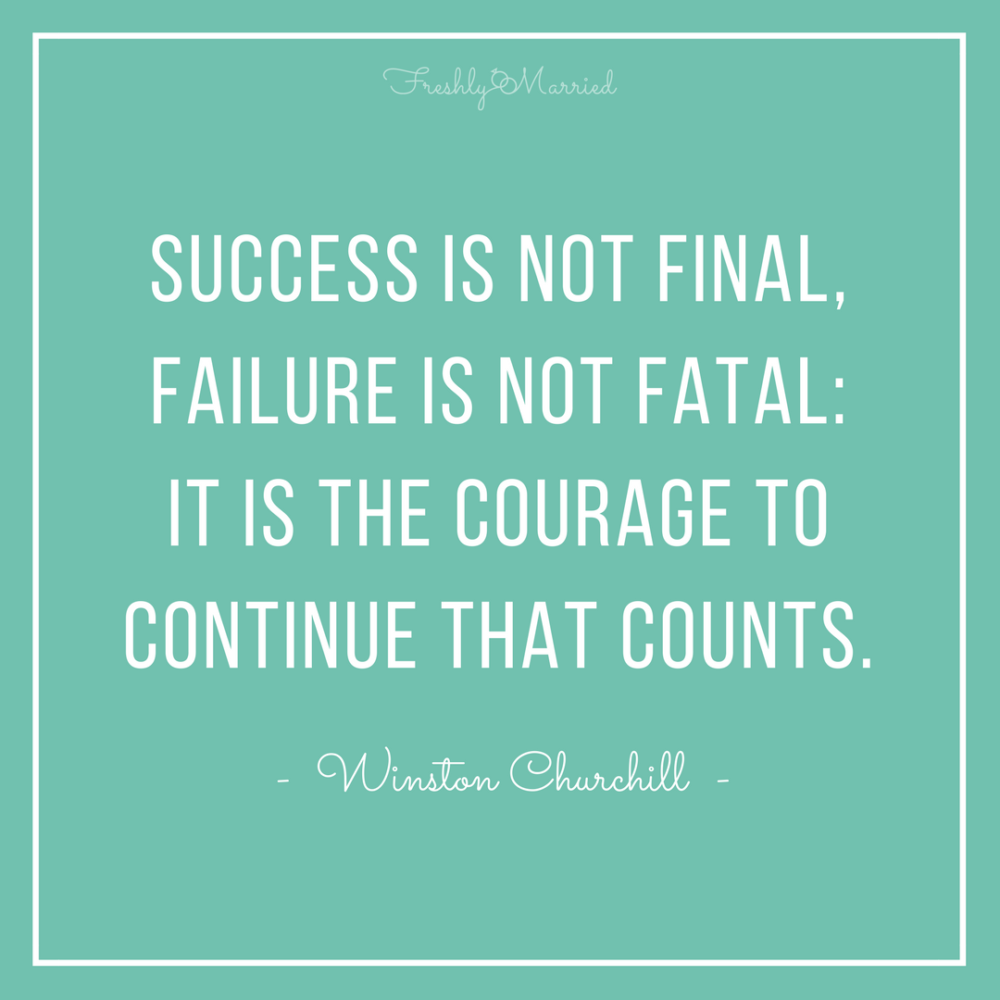 Two Reasons WHy these words are important:

I encourage you to not climb aboard that failure train, whether you’ve made some mistakes in your marriage and are working to recover from it, or you and your partner are choosing to divorce. Don’t sit with the negative self-talk, and instead, look at your mistakes as an opportunity for growth.