Last month I heard something on funny on the radio in regards to marriage and wanted to share it :) The DJ said that if you’re having problems in your marriage, you don’t need to “throw your money away at an expensive therapist,” but instead just watch a romantic movie together at home and talk about it after…  I know he’s probably getting this from some stupid article that came up recently, but for reals? While I do think that many problems can be solved outside of therapy, I have a few thoughts on why I don’t think watching a romantic movie together is a cure-all… 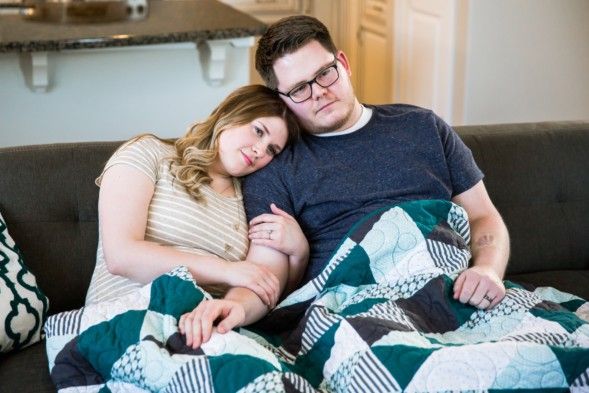 There are both positive and negative results that can come from watching a romantic movie together that I have pointed out here. I’m not saying that this has never worked for my marriage because I think some of those things above have actually worked in our favor. But I also don’t think that it will work out like that every time. Some marital issues are just too complex for a 2-hour fictional love story to handle, ones that a therapist is more equipped to help resolve! So I’m bothered that this advice was broadcasted so casually as if it’s the idea that will fix every problem in your marriage because odds are, it won’t!

In short, you can totally try watching a romantic movie together in hopes that it can ignite some sparks and bring you closer. I totally believe that can happen. However, don’t go into it expecting the issue to be completely resolved or even somewhat resolved because romantic movies are not a cure-all. They are not designed to fix relationships, just entertain them!

What has been your experience with watching a romantic movie together? Has it helped in some way? Has it made the situation worse? Feel free to share below!