A divorce is an event that affects so many people and for years to come. It’s something very common, yet it’s very scary to talk about for many people. It’s a topic I’ve been wanting to tackle for awhile, but contains so many aspects to cover. I’ve always been curious about how children, adolescents, and adult children have been affected by their parents’ divorce. So I’ve enlisted the help of some amazing women who are kind enough to share their experiences with you, to give you better insight into this particular family situation.

I’ve split up their interviews into two different Spotlight posts that are coming from two different perspectives. The insight from this first perspective comes from Brooke and Kristin, who were 13 when their parents divorced. I asked them to share what that was like at a young age, and how that influenced them positively and/or negatively prior to being married, as well as how they navigate the effects of that divorce currently. The second perspective Spotlight is talking about the affects of a parents’ divorce on their married adult children. You can go read that perspective here. I’m grateful for all of these amazing wives and their willingness to share, and for giving advice for those of us who might be going through something like this.

This first perspective comes from Brooke, whose parents divorced when she was 13. But the fighting and stress didn’t end there, making it anything but easy to experience. 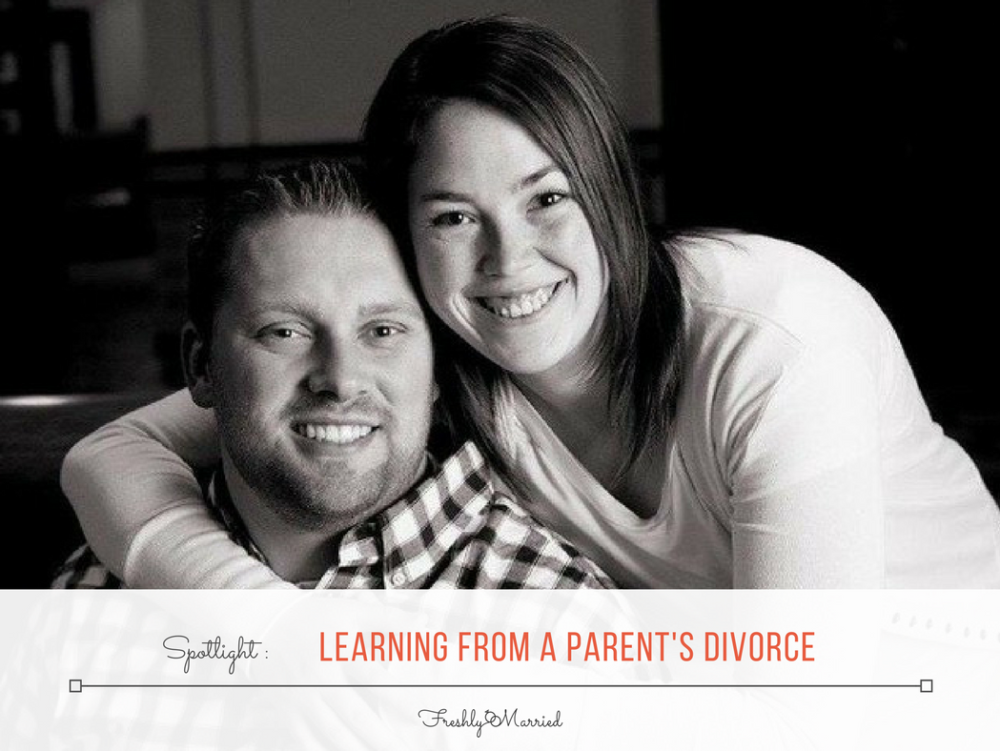 In asking Brooke what helped her get through it, she told about her older married siblings who gave her better examples of marriage and gave her “a sense of family.” She also attributed help in turning to God. Brooke said, “I discovered that his love allowed us to be here and a chance to be with Him again. I learned that if He wants us here, he wanted us to be able to feel those feelings of family and love. He wouldn’t send us here to be alone and empty- that a ’true love’ could really happen. Just like He wanted us to be happy and live with Him again, he wanted us to be able to love here. I worked hard my entire life to get myself through school and get good grades, buy a car, move away from home, graduate cosmetology school while graduating from high school and I just knew that if I could work to accomplish all that, I could work to find love here and keep it alive and well.”

Brooke has now married herself, to her lovely husband, Devan. But the effects of her parents’ divorce brought about some difficult topics they had to discuss. “When we first started dating seriously, divorce and trust is something I brought up. I said to him all the time that divorce was not an option for me unless there were serious issues such as addiction or abuse. He wholly agreed. Many times in our relationship or courtship I thought that our time was coming to an end because of what has happened before. Then he would be there with some affirmation of his love, he would step up and put me before his friends or other things. It was then that I knew that my love for him could last because we both were willing to work at it."

“He had to work hard to gain my trust and commitment originally and he wants to keep it so we have a very open and honest relationship. Mostly we navigate it by being honest. He knows everything that I have been through and how I used to feel towards marriage, and he would never want me to not believe in the happiness we can have now and in the next life. Because of this, we work hard to make sure that both of us feel happy, trusted, and most of all loved AT ALL TIMES.”

The other shared experience comes from Kristin, who was a young teenager when her parents separated primarily due to abuse. In talking about the difficult separation and having to be admitted into a safe house for victims of abuse, she said, “I remember recognizing that this was a TERRIBLE situation for everyone involved (including extended family that were affected). I remember being angry that I wasn’t lucky enough to be part of a happy loving home, and promising myself that I would never be in a relationship that wasn’t full of love…” 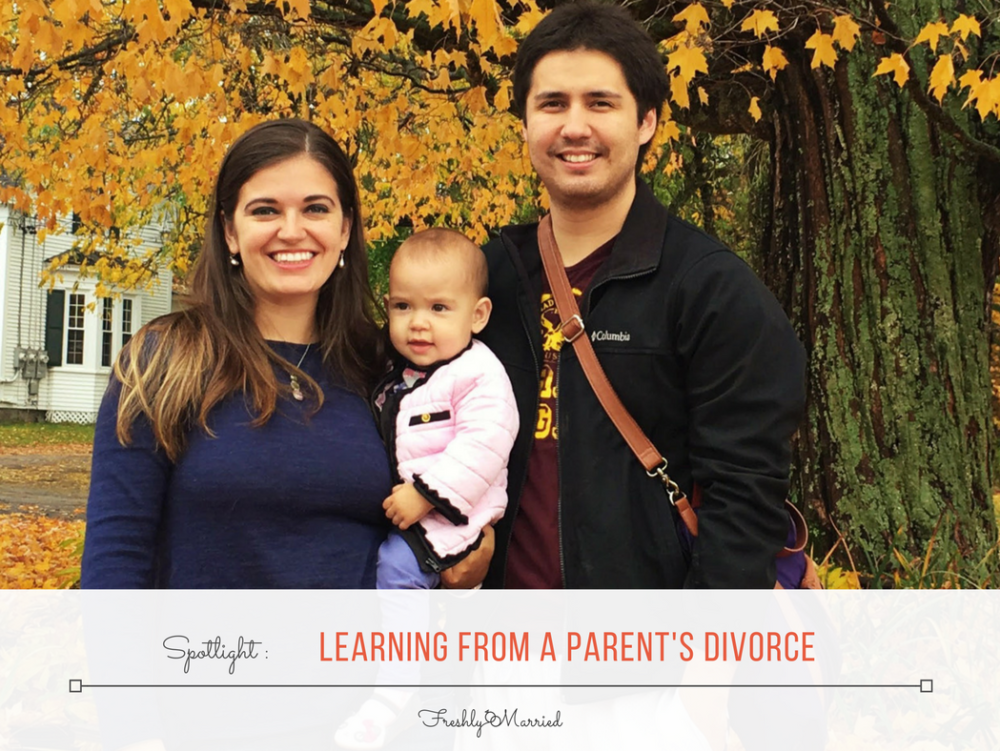 As you can imagine, navigating this new family life wasn’t easy for Kristin. Not only was there a burden felt of the cycle of abuse creeping into her own relationships in high school, but she felt the burden of responsibility for her younger siblings; specifically having to be the middleman between her parents’ communications. However, time has passed and she has been married since, and she continues to navigate family life.  She says, “Now that I’ve gone through counseling and have been married for 6 years, I’ve been incredibly supported in setting boundaries (what I am and am not willing to talk about, what kind of language I’m willing to listen to, etc.) and have been incredibly firm and consistent in reinforcing those boundaries. I feel like I have a somewhat good relationship with both parents. At times it still feels very forced, as I have to make a conscious effort to call and catch up. It has gotten easier since having my daughter and they also call me to check in on her, and I truly want to share her with them.”

Some advice she gives to better helping those who are going through their parents’ divorce: “Something that WOULD have helped me, and I think would truly help most kids in a situation like that, is having a neutral adult role model involved in your life. What I mean by that is someone who never trash talked about one of my parents, someone who wasn’t involved in the divorced, etc. I eventually got a counselor, but having a teacher, a coach, a church leader, or a friend’s mom involved in my life, and willing to share examples from their own life of things they did and wished they had done differently would have been incredibly helpful. While I was going through this, it felt like I had so many people interested in controlling and using me it was really hard to feel loved, or even like I was seen as a person.”

WHY some MARRIAGES FAIL AND OTHERS SUCCEED

The last interview question I asked to both Brooke and Kristen was, “Why do you think some marriages fail and others succeed?” Their responses are not only so intuitive and perceptive, but they come from a place of heartbreaking experience.

BROOKE:  “I can’t say it enough but it is work! Everything that I have desired in life I was able to get from hard work. Some say that marriage is so easy. I disagree. It’s hard! But, the best thing that has ever happened to me. People have to be willing to work together to make it work. When they stop working, that is when marriage falls apart. They stop talking, stop dating, stop having fun, and they ‘fall out of love’. Success is not how ‘in love you are’ but how much you put into your love.”

KRISTIN: “I think marriages that fail are marriages where the people involved haven’t learned how to share their burdens with one another. The marriages that succeed are the ones where the individuals involved are able to not only talk about their burdens but make plans together with how those issues will be handled. I think many marriage issues are perception issues - where at least one person in the relationship only sees the other (or even themselves) negatively. There are feelings that aren’t dealt with, even if they’re expressed.”

That being said, there are definitely relationships where the people involved are not behaving as spouses should behave and are actively damaging the other person. My parents, unfortunately, were in this kind of marriage. It’s important that these situations are handled carefully and continued support (in many capacities) are offered to stop the cycle in the same or another relationship.” 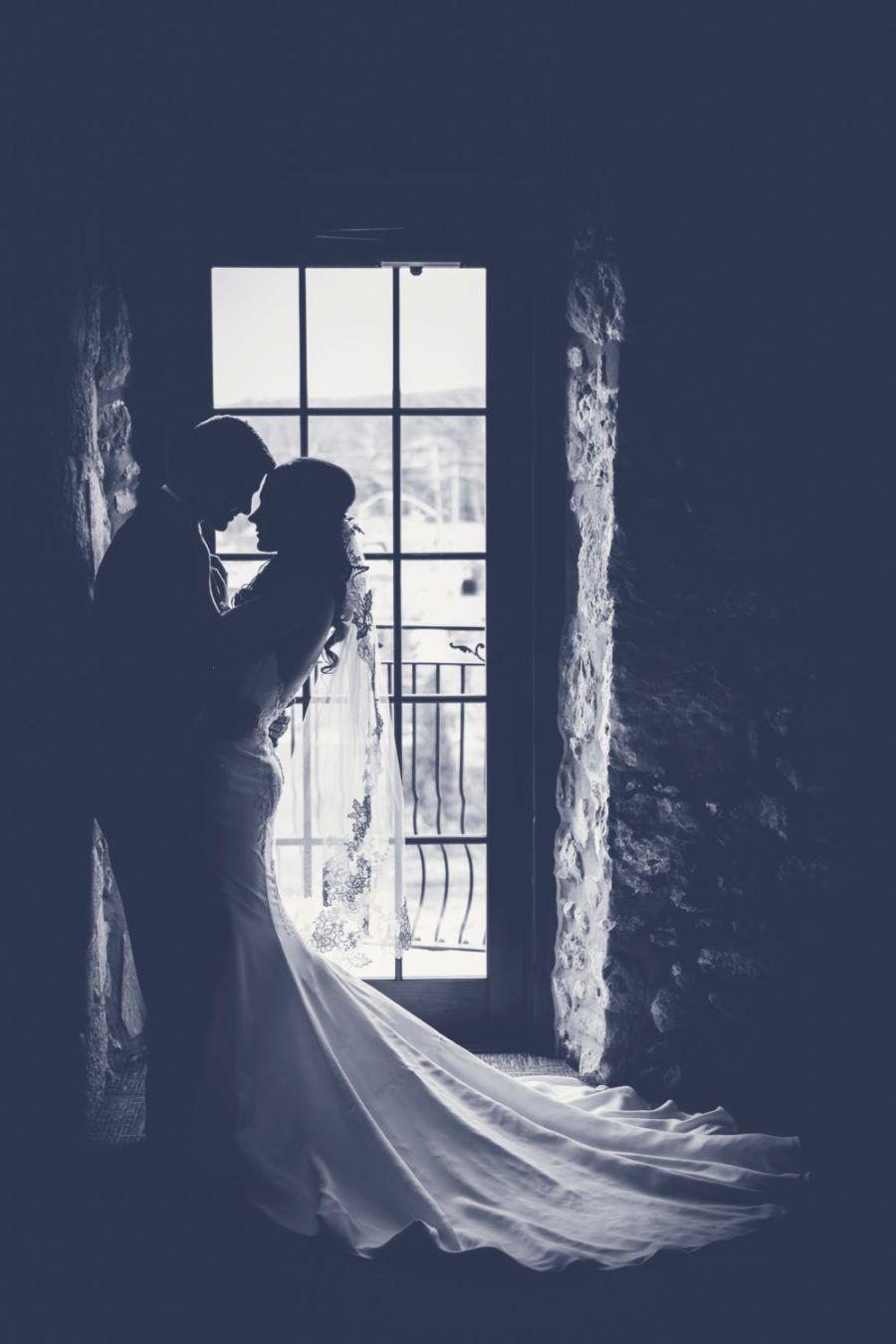 I appreciate them willing to share their experiences to potentially help others who find themselves a participant in this situation.  As you discovered from reading these difficult personal accounts of the influence of divorce, it’s not just a one-time event. It’s something that influenced Brooke and Kristin’s decision-making, their family relationships, their romantic relationships, and will continue to influence those areas for years to come.

Because a parents’ divorce can also influence your own marriage relationship, I think it’s important to get further insight from those who were adults and married already when their parents decided to divorce. From what I gathered from these other two amazing wives’ personal accounts, it’s another degree of devastation and confusion that changes the way you perceive your own marriage. Read their accounts in part two of this Spotlight series!