Every card game and board game comes with instructions or a manual so that every player can understand how to play the game. Many games have options or different sets of rules for the kind of game you want to play, based on how many players, how competitive you want it, or even desiring a more simple version. Why am I explaining something you probably already know? Because I’m about to relate it to marriage, of course!

As a couple, you also have a “manual” you use to be successful in how your marriage is played out.

I’ll explain more about this analogy, what it would look like for a marriage, and how to “create” one if you haven’t already.

What does a game manual look like for marriage? I think it’s a guide full of the values your relationship is founded on, the goals you want to reach in your relationship, tips or advice you’ve been given from others, what you expect from one another, and even some rules. I’m guessing most people don’t have a printed booklet in their nightstand that says “marriage manual” on it, but instead have something like this in the back of their mind. Or maybe you don’t just have one golden resource you look to, but several that you look at periodically. Some that come to mind that I refer back to are credible books on marriage, wedding promises or vows we made, scriptural verses on marriage, a book of relationship quotes, our journal entries, or articles on marriage topics. We even have a plaque my husband gave me as a wedding gift that lists actual promises we agreed to honor for each other.

So why is a “marriage manual” (whether an actual booklet you made or virtual) a helpful thing? Maybe you’re a newlywed where the game is so new to you that you have to keep checking back to the manual to make sure you are playing correctly. And that’s perfectly fine because eventually, we will get the hang of it! However, I also think that even older married couples have to refer back to the manual at times because we just forget what the original rules are, haha. But that’s why it’s great to have a manual there! It’s not only for initial use, but it’s also for when you come across an issue and aren’t sure how to tackle it, you get to refer back to these rules and expectations you established, to know how to move forward. 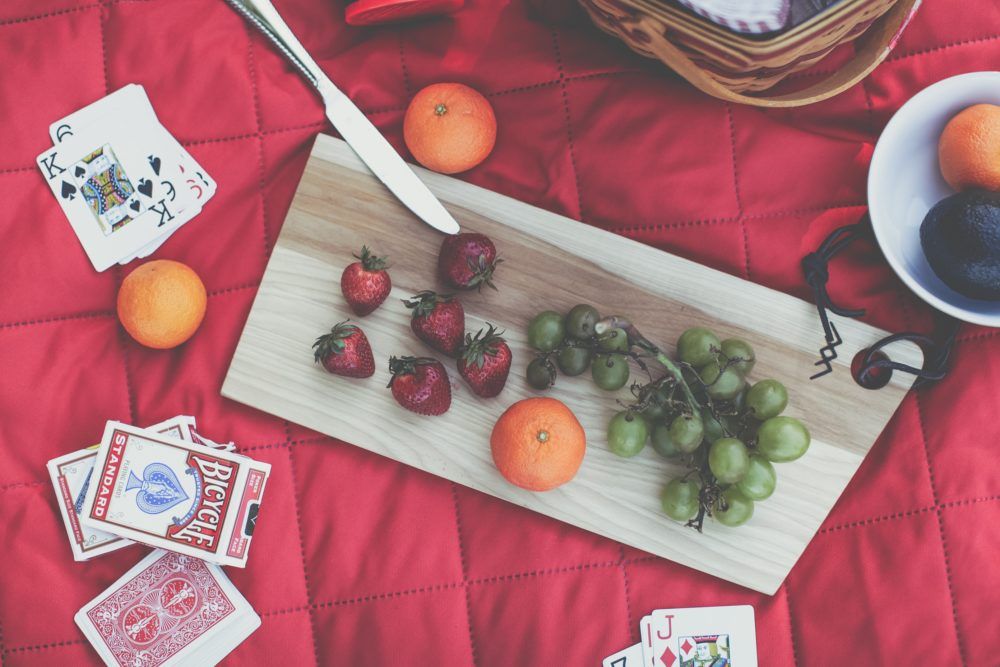 Create Your Own Manual as a Couple

I shared some thoughts above on what components a marriage manual could have:

In creating your own manual, it’s important to remember that each of you came into the relationship with your own values and expectations. For example, maybe one of you expects the other to always take the trash out, or something bigger like expecting that one spouse will always be the primary stay-at-home caregiver. These are important and should have been talked about early on in marriage, if not beforehand. If you differ in your values and expectations, talk about these productively. If the situation is causing contention, try using the ABC formula to walk through your conversation more calmly and productively.

Some suggested rules from experts: Have a regular couple meeting where you check the status of your relationship. And no one leaves in the middle of the argument without explanation. (I explain why this is so important in this article.)

Maybe some rules feel like they don’t need to be said. For example, I think to most of us, we realize that having an affair is breaking the rules of marriage. But maybe there are some rules that need to be said, like agreeing not to be social media friends with ex-boyfriends or ex-girlfriends. It’s just like playing a game, it’s better to have clear understandings of how to play and how not to play. Otherwise, it makes it difficult to play effectively and enjoyably.

By establishing rules and expectations ahead of time, you’re basically allowing yourselves to control the conflicts and disagreements of your marriage, rather than having the issues control you. 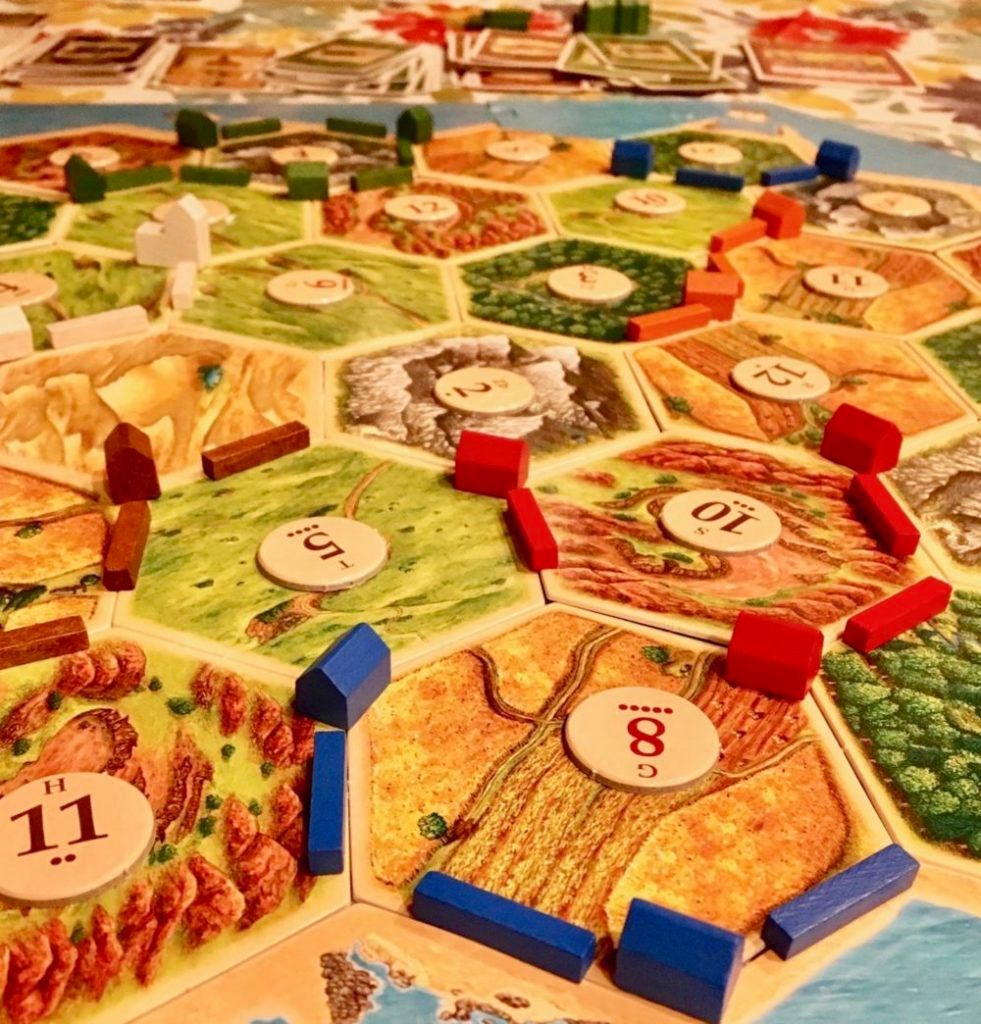 Remember That Everyone Plays the Game Differently

It’s important to remember that your marital rules/expectations might not match up exactly with another couple’s. There’s a basic common sense guide for how a marriage should be: love each other, have sex, have kids, complete fidelity, share money, etc. But just like in playing a game, everyone takes up their own strategy of how to play it successfully. Some marriages are open where they allow each other to have sexual relations with someone else. Some marriages don’t believe in birth control. Some marriages keep their finances completely separate and split the bills to pay.

As I said, we’re each creating our own game manual. And because some people have a different manual they’ve created, it can cause some comparison issues. Cue the timeless conversation about how not everything you see on social media is real! Haha.

But I’m being serious, the comparison game is real. Maybe you know a friend who has posted three times just this year that her spouse sent her flowers to work. This can lead you to ask yourself, “How come my spouse hasn’t sent me flowers in like 2 years?” It’s important to remember that their marriage might be set up differently. Maybe her love language is receiving gifts and so it’s become a marriage strategy in their game to send her flowers often because she feels loved that way. Well that could totally differ from YOUR marriage strategies. Maybe something you’ve decided on in your game manual is that you won’t spend money on expensive gifts to each other.

Just like in playing a game, everyone takes up their own strategy of how to play out their marriage successfully. 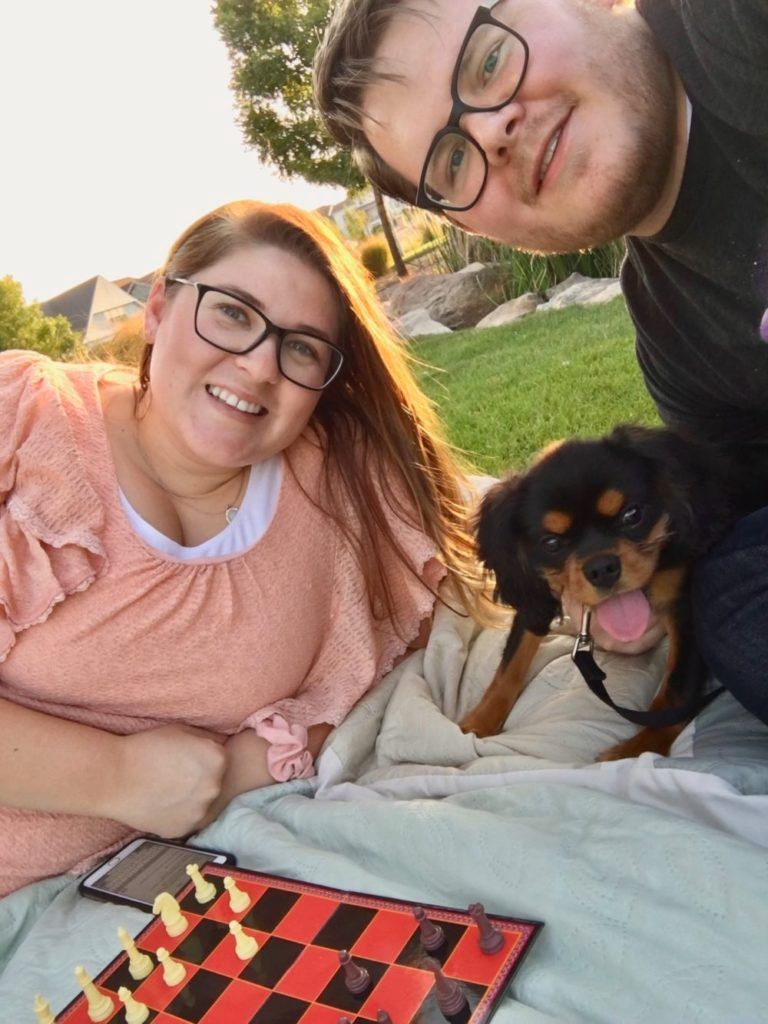 We have some rules/promises/expectations that we decided on before we got married. Trevor actually had these engraved on a plaque as a wedding present to me and I love it! It outlines how we will and want to act towards each other, our goals, and our promises for a happy marriage. :) In a way, this plaque is our game manual we can refer back to. If Trevor and I ever scream and fight with each other, we get to look at this plaque in our room every day, and can say, “Woops! Wrong move, we didn’t play that turn right.”

I hope that you have established some expectations and rules for your marriage. Maybe take some time this week to go over those together, keep each other in check. Make sure you’re both playing YOUR game right. If you haven’t already, it’s never too late to start fresh!

Related articles: 40 Two-Player Games to Play With Your Spouse