Actor Chris Pratt just did and said some things about marriage and family that are too good not to share! Two things spoke out to me in this short article and I wanted to share those! (If you are short on time, go to #2, though!)

TWO THINGS I LOVE ABOUT THIS:

To the rest of us middle class couples, taking 6 months off work to spend with your family is a BIG sacrifice, one that so few could afford to do anyways! So when Chris Pratt says he is doing this, we might look at his sacrifice and think, “Well he can afford to stop working for six months!” Totally true, but maybe that is still a big sacrifice for a hollywood couple. He could be risking his career by turning down jobs for six months, but he noticed his family could use the time together after being so incredibly busy with acting for over a year.

The fact that he recognizes it and is doing something about it despite the pressures of hollywood is admirable no matter what. 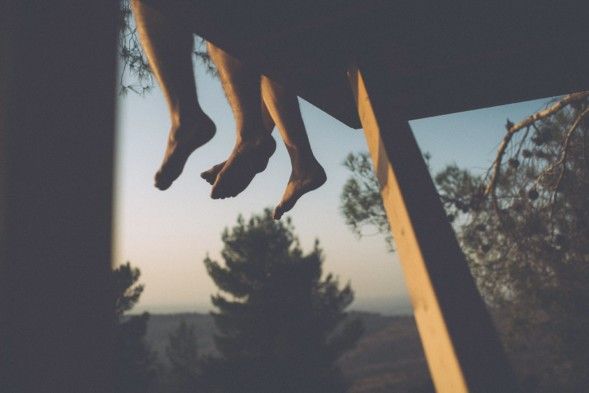 2. “At least touch toes.” I LOVE THIS MARRIAGE ADVICE FROM HIM.

‘We will deal with it later. I think I am going to get some sleep,’ and touch toes.”

When I read this, I was kind of in awe at how much it clicked with me, and the fact that it came from him. Not that Chris Pratt doesn’t have great advice or things to say because he TOTALLY DOES. But this advice was like so on par that I was surprised I hadn’t heard it from top marriage experts before! I guess in their own jargon they have given this kind of advice, though. I just liked the simplicity and relatability with it coming from him.

This sentiment is small; 4 words long, and something so small to act on! But even though it’s little, it lets your spouse know you’re not going anywhere. That even though you are frustrated with them, you still love them. It also encourages couples to be more conscious of their actions; actions that can hugely reflect the security each spouse feels in their marriage.

What I mean by this:

Many spouses up and leave the house when they are so frustrated from an argument. They want to get some alone time to think and cool down, which is something we all should do when we need to. However, their spouse might perceive it differently, like their husband/wife is literally walking out on them, not willing to work at it anymore. Maybe that’s not their intention, but it can cause sudden concern, perhaps more concern than the disagreement even calls for originally.

The better way to handle this is similar to Chris Pratt’s advice above; “You know what, I don’t want to talk about this anymore right now. I need some time on my own to cool down so I’m going to go for a drive for a few hours.” Telling your spouse your plan lets them know that you are frustrated, but you do want to continue working at it. It’s all about communicating that in some way, whether it’s verbal or physical – like touching their toes! Sometimes spouses need that reassurance, especially when the issues are that rough, ya know?

So if you can remember anything from this blog post, let it be: “At least touch toes.” It doesn’t have to be that exact action, but remembering this phrase can encourage you to do something like that.